The maiden flight of a Eurofighter jet (now called Typhoon) the fighter jet built by a consortium of European nation aerospace companies, on 27th March 1994, in Warton, England. With VIPs and special military guests present to celebrate this success of the aviation defence project, the flags of contributing countries hang above at a hangar at the BAE Systems factory at Warton. The Eurofighter Typhoon is a twin-engine, canard-delta wing, multirole combat aircraft, designed and built by a consortium of three companies. (Photo by Richard Baker / In Pictures via Getty Images) 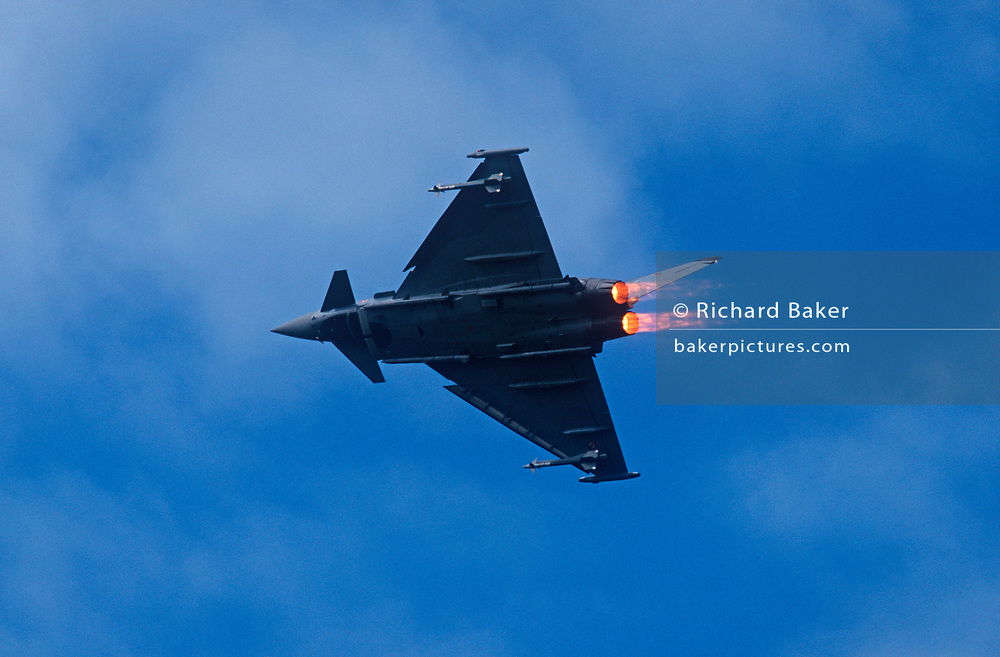