An physical education instructor tests an army recruit for concussion after a bout of Milling, a test of aggression that recruits must pass before qualifying as a paratrooper in the Para Regiment of the British Army, on 23rd July 1996, at Aldershot, England. The controversial Milling tradition unique to the Paras is a test for young men to prove they have a killer spirit by a timed gloved one-to-one boxing fight. Within that time, they have to punch as fiercely as possible, often resulting in blooded noses and temporary concussion. 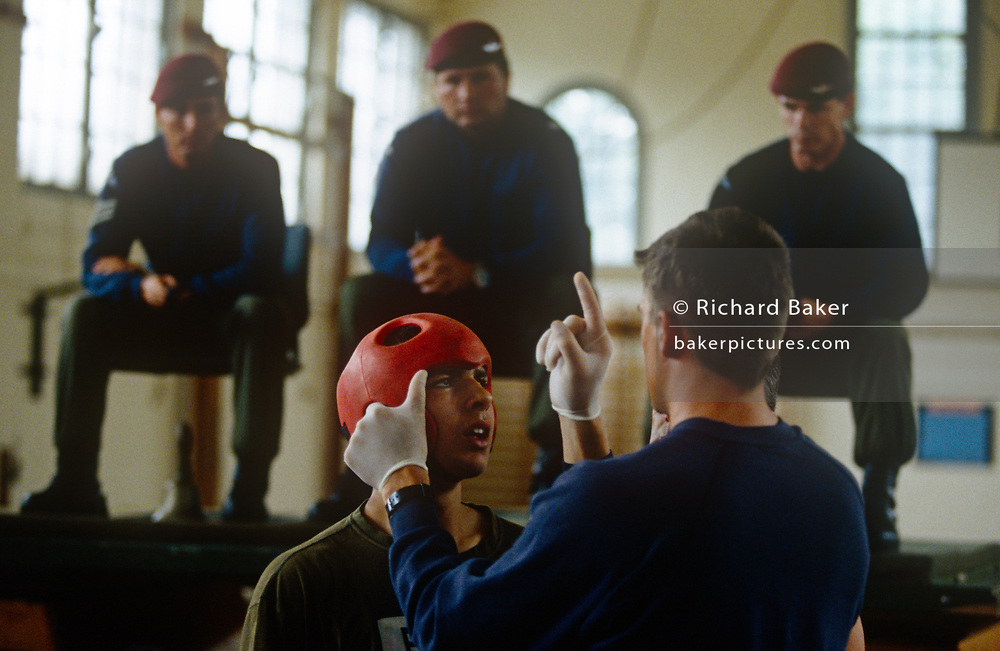