Campaigner for the Childrens' Society waits for new donors next to David Cameron's Conservative party's election promise on Evening Standard headline in the City of London. David Cameron has said his aim is to guarantee a "good life" for British workers and families as he launched the Conservatives' election manifesto. The prime minister said he wanted "to finish the job" of rebuilding Britain on behalf of "working people". Labour said the Conservatives were the "party of the richest in society". 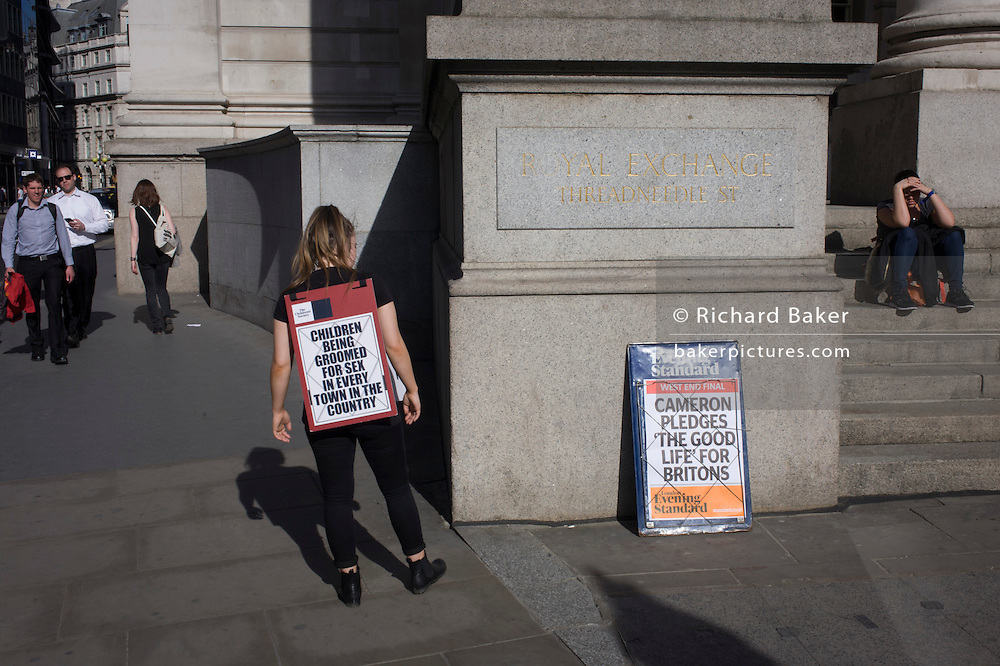