Visitors to the Kyoto Garden look into the water to see koi carp in Holland Parks’ Kyoto Garden, on 17th November 2019, in London, England. The Kyoto Garden was opened in 1991. It was a gift from the city of Kyoto to commemorate the long friendship between Japan and Great Britain. Today, the Kyoto Garden is a popular part of Holland Park – but it’s not the only Japanese garden in this green space. In July 2012, the Fukushima Memorial Garden was officially opened. It commemorates the gratitude of the Japanese people to the British people for their support following the natural disasters that struck in March 2011. 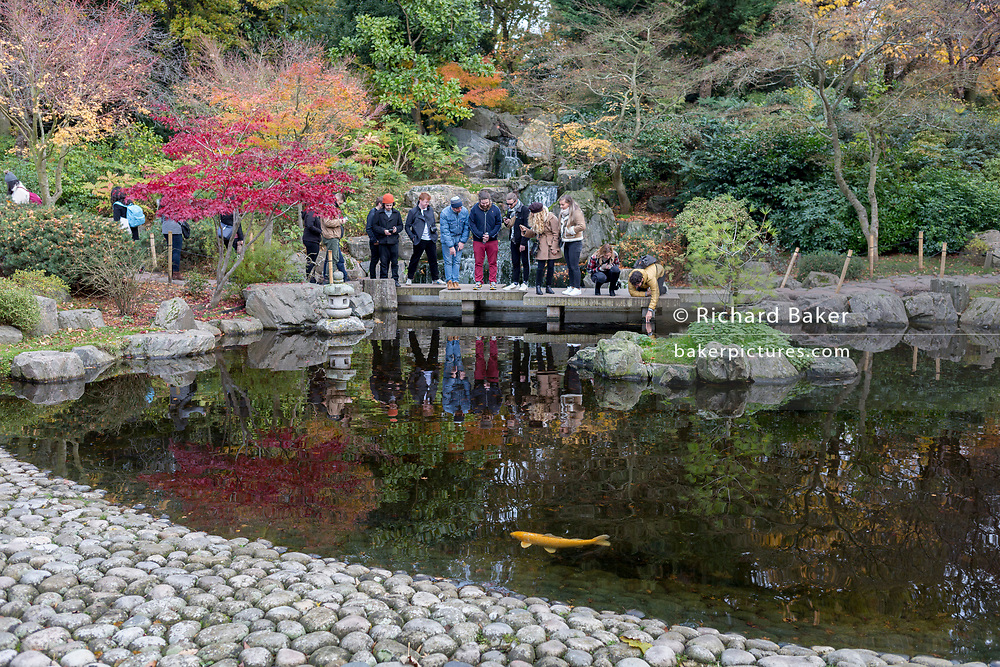