From a high viewpoint on Snow Hill, we see the green 'Long Walk' in the Royal Estate's Windsor Great Park. We look down the 3-mile straight road into the distance towards Windsor Castle in the summer shinshine during the equestrian 3-Day Event held annually on Her Majesty the Queens's property. Half-way down the lush avenue of Elm trees there are some horses and their riders either warming up before competition, or galloping across the landscape on a round against the clock. A few spectators have stopped to watch this part of the course but others are elsewhere at the dramatic water jumps. The Long Walk was commenced by Charles II from 1680-1685 by planting a double avenue of elm trees. The central carriage road was added by Queen Anne in 1710. Windsor Castle was begun in the 11th century by William the Conqueror as it afforded a good defensive point over the River Thames. A vast area of Windsor Forest to the south of the castle became reserved by the King for personal hunting and also to supply the castle with wood, deer, boar and fish. Windsor Great Park (locally referred to simply as the Great Park) is a large deer park and Crown Estate of 5,000 acres, to the south of the town of Windsor on the border of Berkshire and Surrey in England. The park was, for many centuries, the private hunting ground of Windsor Castle and dates primarily from the mid-13th century. Now largely open to the public, the parkland is a popular recreation area for residents of the western London suburbs. 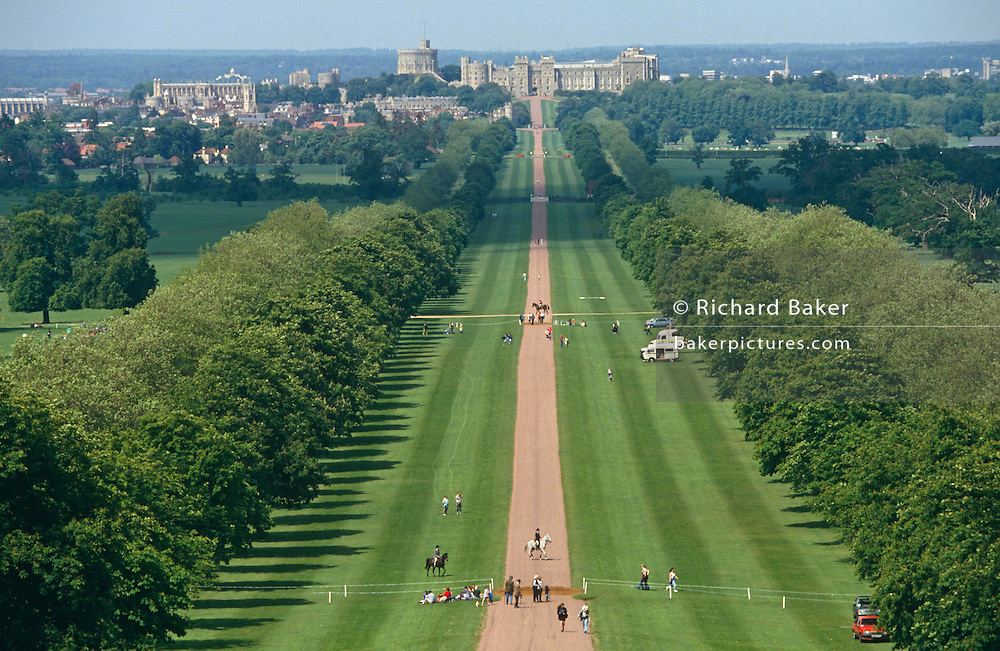