Exterior of the best preserved Grade 2 listed Bastle (a fortified 18th/19th century farmhouse) at Black Middens, on 28th September 2017, in Gatehouse, Northumberland, England. Bastel, bastle, or bastille houses are a type of construction found along the Anglo-Scottish border, in the areas formerly plagued by border Reivers. Typically, the bastle was 10-12 metres long by 5-6 metres wide with walls up to 1.6 metres thick. Some 400 tonnes of sandstone blocks were needed for construction with corner quoins (corner stones) weighing up to 300kg. Bastles would have been costly to build so afforded by only wealthy families fearing attack by cross-border bandits. 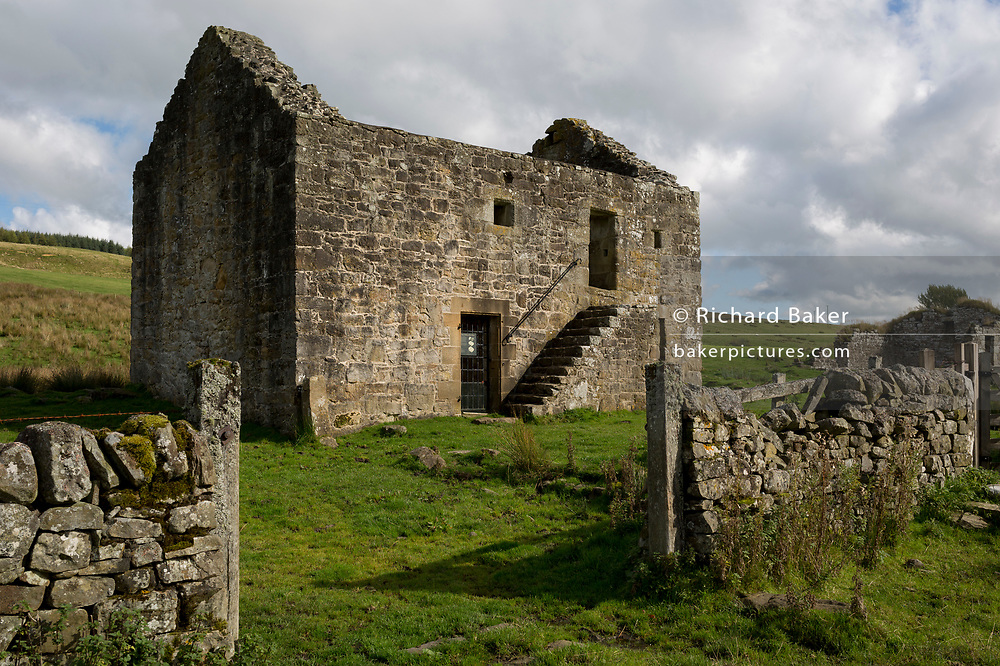