Serb politician Radovan Karadzic at the Yugoslav Peace Conference on 8th August 1992 in London UK. Peace peace-makers attempted to diffuse the Bosnian European conflict. As one of the world's most wanted men, Karadzic was eventually arrested after 12 years on the run to face charges of genocide and crimes against humanity inflicted on Bosnian Muslim, Bosnian Croat and other non-Serb civilians in Bosnia and Herzegovina during the 1992-95 war, when he was president of the breakaway Republika Srpska. Implicated in the murder of nearly 8,000 Bosnian Muslim men and boys in Srebrenica, after the supposedly UN-protected enclave fell to Bosnian Serb forces. The former psychiatrist and aspiring poet was also charged with running death camps for non-Serbs, and the shelling and sniping on civilians in the Bosnian capital, Sarajevo, in a siege that lasted more than three years. UPDATE MARCH 2016 Karadzic was convicted of genocide and war crimes over the 1992-95 war, and sentenced to 40 years in jail. UN judges in The Hague found him guilty of 10 of 11 charges, including genocide over the 1995 Srebrenica massacre. 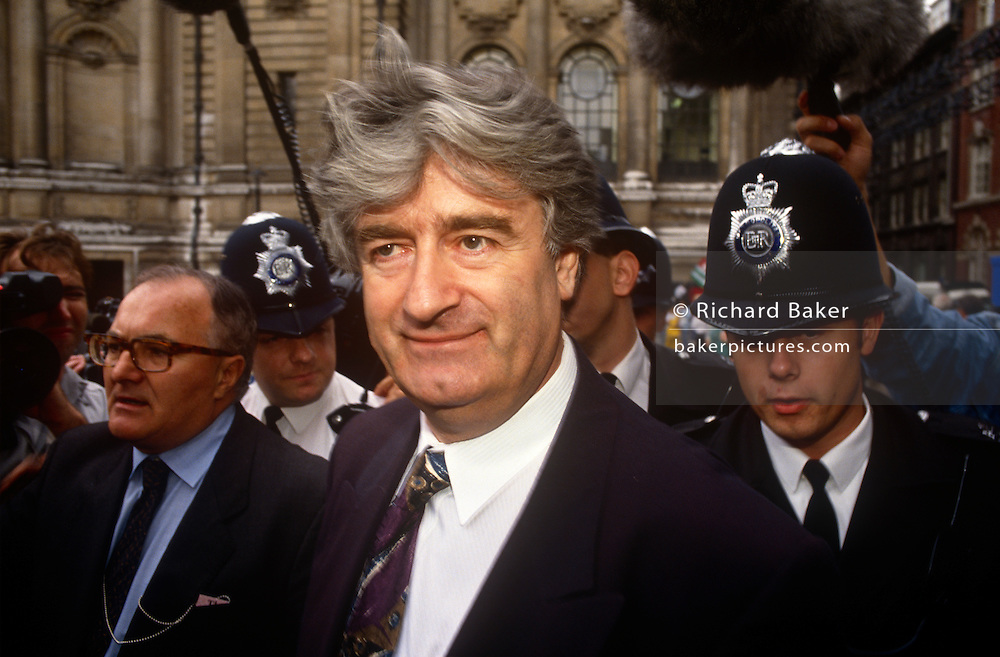