Relatives and friends remember the missing a week after the attacks on the twin towers on 9/11. During a journey into America's hinterlands, days after the September 11th attacks in New York and Washington DC, eccentric New Yorkers gather at the city's Armory to offer help and support by handing our fluffy bunnies to passers-by. The streets between 66th and 67th Streets, in the heart of Manhattan's Upper East Side, DNA samples were taken at the Armory so human remains might be identified. It was therefore a point of focus for those with missing relatives who attached thousands of posters to walls with pictures and messages to loved-ones in the hope of being reunited. Emotions were running high and many citizens offered spiritual aide such as food and drink. In outpourings of grief, anger and patriotic rhetoric, flags were flown as never before as America sought to express their emotions and unity.. 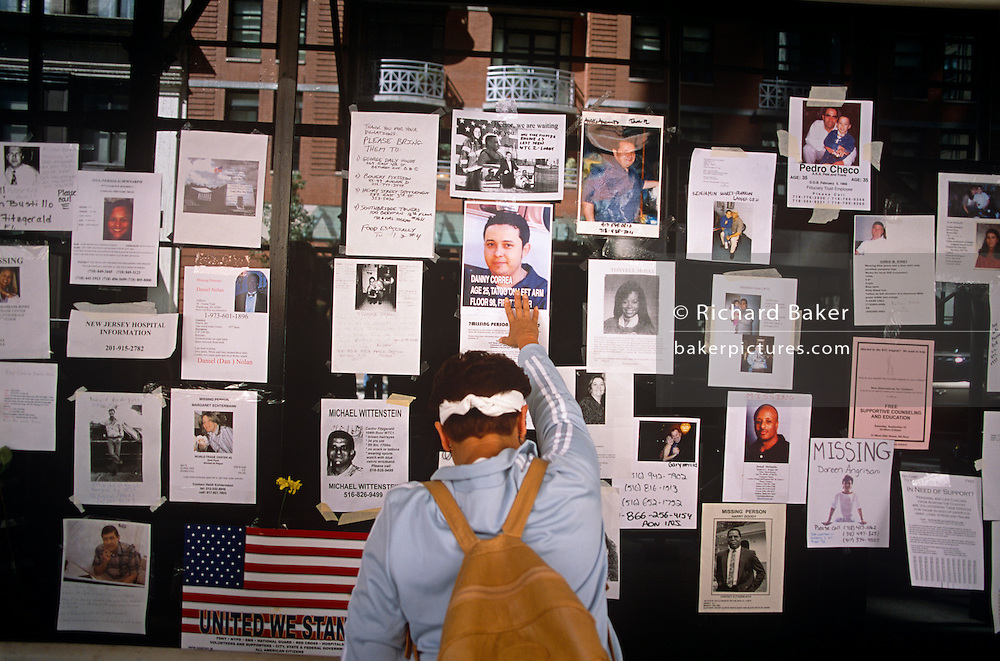