A teller attaches her red Labour Party rosette on Britain's general election day at St. Saviour's Church, Herne Hill SE24, south London. Her job is to record the election numbers of those about to vote, making surte that her political colleagues don't drop more literature in to that address, now that the occupants have voted. The two other parties also have their own volunteer tellers. 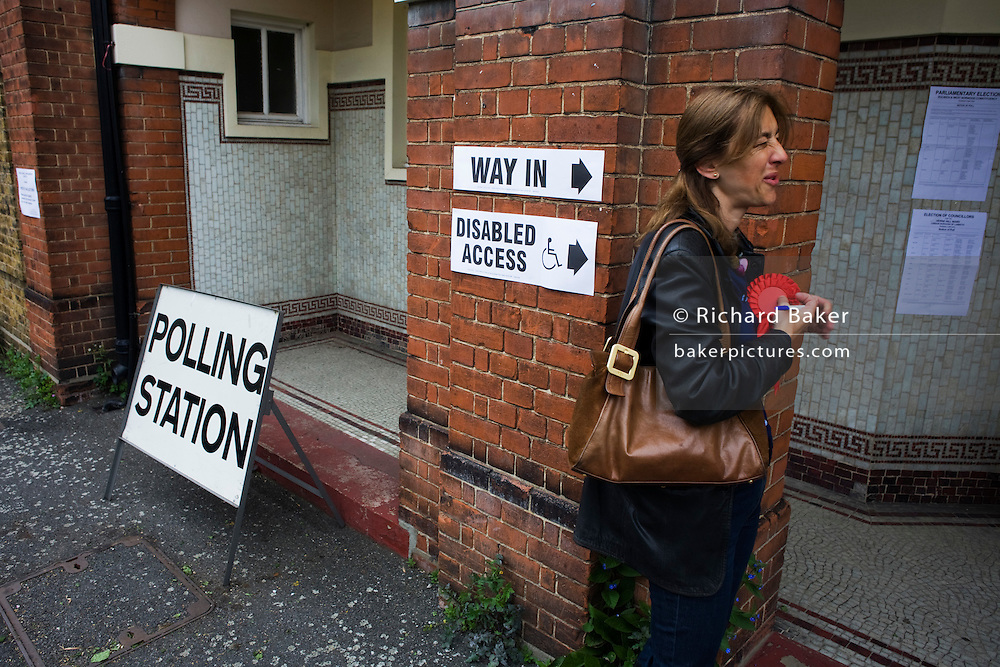