A gentleman buys an edition of the Evening Standard newspaper outside the gates of the Ascot racecourse on Ladies Day at Royal Ascot racing week. The headline 'Maxwells Arrested' refers to the sons of media tycoon Robert Maxwell whose suspicious death triggered fraud allegations to his newspaper empire. Royal Ascot is held every June and is one of the main dates on the sporting calendar and English social season. Over 300,000 people make the annual visit to Berkshire during Royal Ascot week, making this Europe's best-attended race meeting. There are sixteen group races on offer, with at least one Group One event on each of the five days. The Gold Cup is on Ladies' Day on the Thursday. There is over £3 million of prize money on offer. 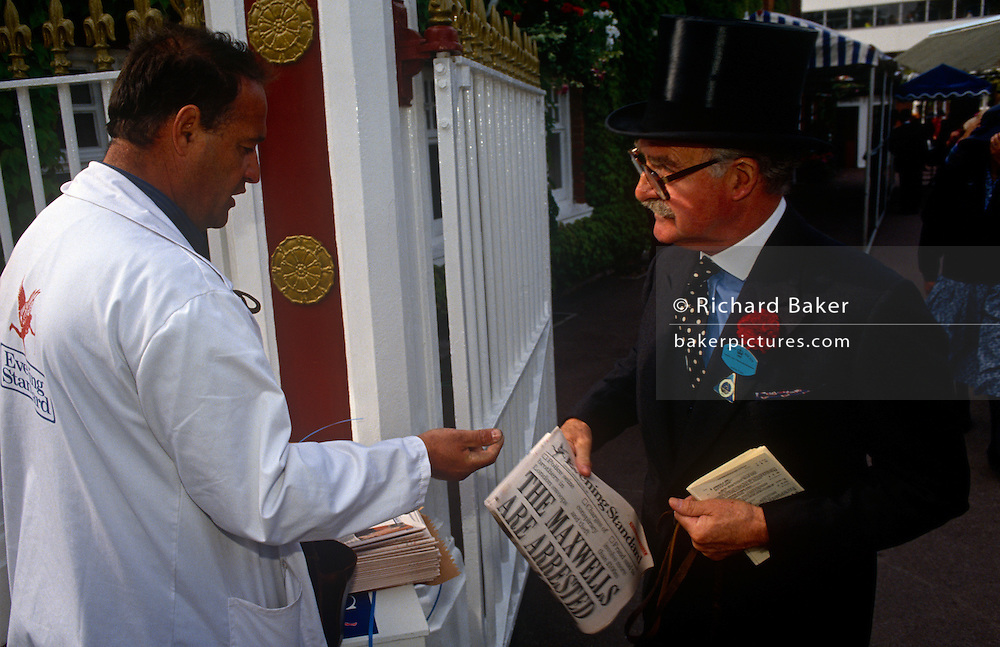