Barclays rental Boris Bikes stationed on dock in Soho Square, London...Barclays Cycle Hire is a public bicycle sharing scheme that was launched on 30 July 2010 in London, UK. At launch there were 315 bicycle docking stations and 5,000 bicycles available in central London. The scheme is also informally called the Boris Bike scheme after mayor Boris Johnson, who was in office at the time the scheme opened to the public. The project initially covered about 17 square miles (44 square kilometres) of central London - roughly the same area as the 'Zone 1' Travelcard area (covering the whole of the City of London and parts of eight London boroughs)[5] and will cost an estimated £140 million (more than £20,000 per available bike) over six years. It is expected to pay for itself over time.[6] Barclays' contribution is £25 million.[The bicycles and the docking stations are built in Canada and are based on Bixi, Montreal's bicycle rental system. Fitzrovia, Wells Street docking station being installed. Over 500,000 bicycle trips were made within the first six weeks of the launch of the scheme. 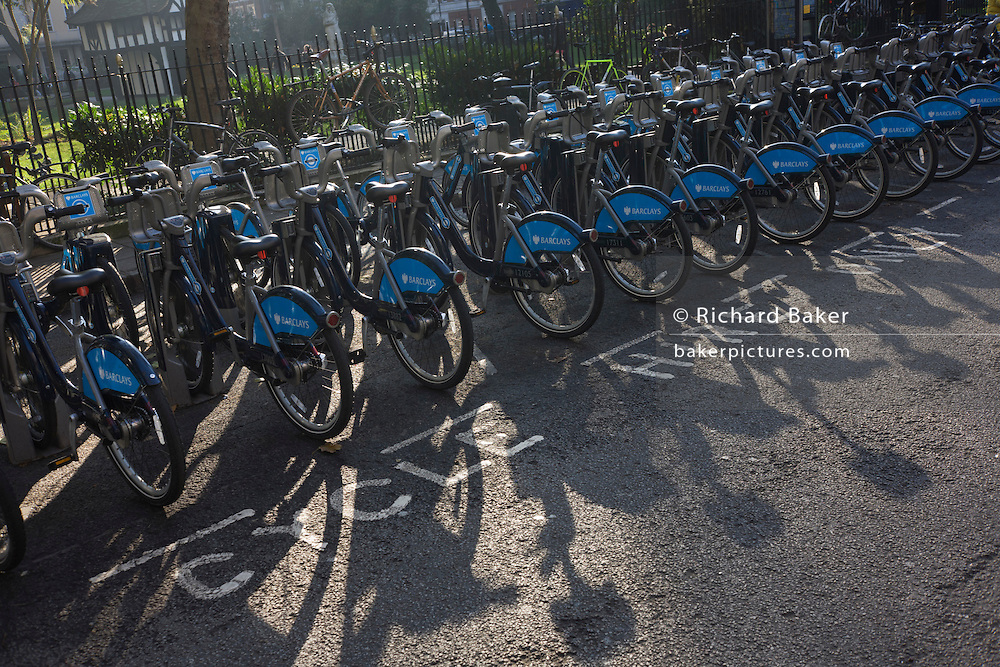