A blurred figure exits a lift (elevator) at night after having travelled down the height of British architect Sir Richard Rogers' Lloyds building insurance HQ building in the City of London. His compartment doors have opened into the building's foyer and he walks out into the street while the other lifts sit idle on the right or still on an upper floor. Lloyd's of London which is located at number 1, Lime Street. Lloyd's is a British insurance market. It serves as a meeting place where multiple financial backers or "members", whether individuals (traditionally known as "Names") or corporations, come together to pool and spread risk. The Lloyds market began in Edward Lloyd's coffeehouse around 1688 and is today the world's leading insurance market providing specialist insurance services to businesses in over 200 countries and territories. 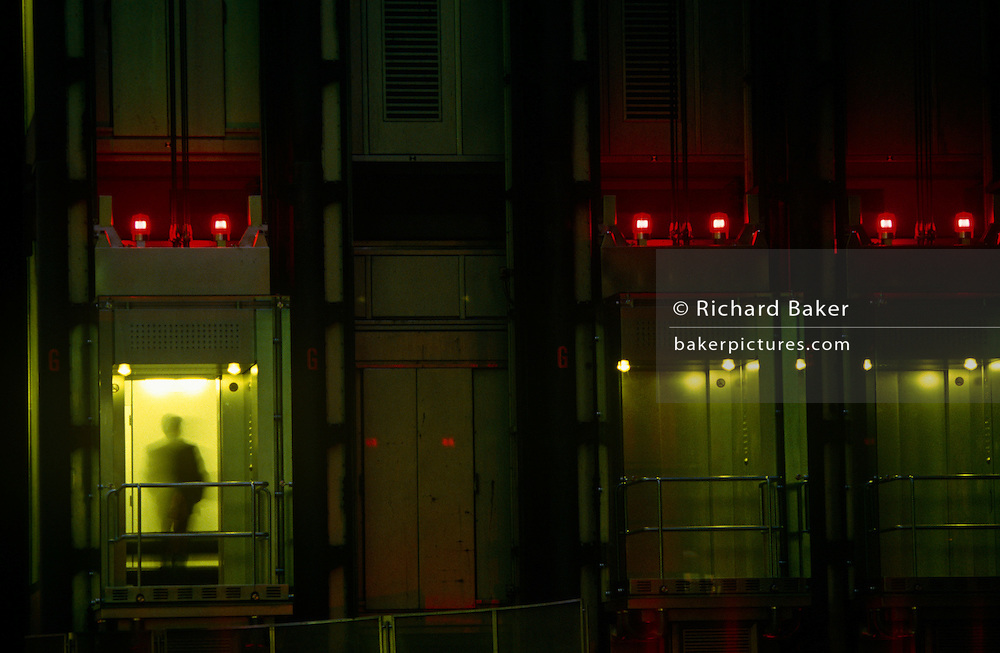