Ten jets of the elite 'Red Arrows', Britain's prestigious Royal Air Force aerobatic team, fly over the Victoria Memorial opposite Buckingham Palace in London, on the occasion of Queen Elizabeth the Queen Mother's 100th birthday. Tourists watch as the ten aircraft leave a trail of patriotic red, white and blue smoke in honour of the monarch's elderly mother whose centenary was celebrated in lavish style with cultural events and church services. The memorial to Queen Victoria was built by the sculptor Sir Thomas Brock, in 1911. The surround was constructed by the architect Sir Aston Webb, from 2,300 tons of white marble and is a Grade I listed building. Picture from the 'Plane Pictures' project, a celebration of aviation aesthetics and flying culture, 100 years after the Wright brothers first 12 seconds/120 feet powered flight at Kitty Hawk,1903. . 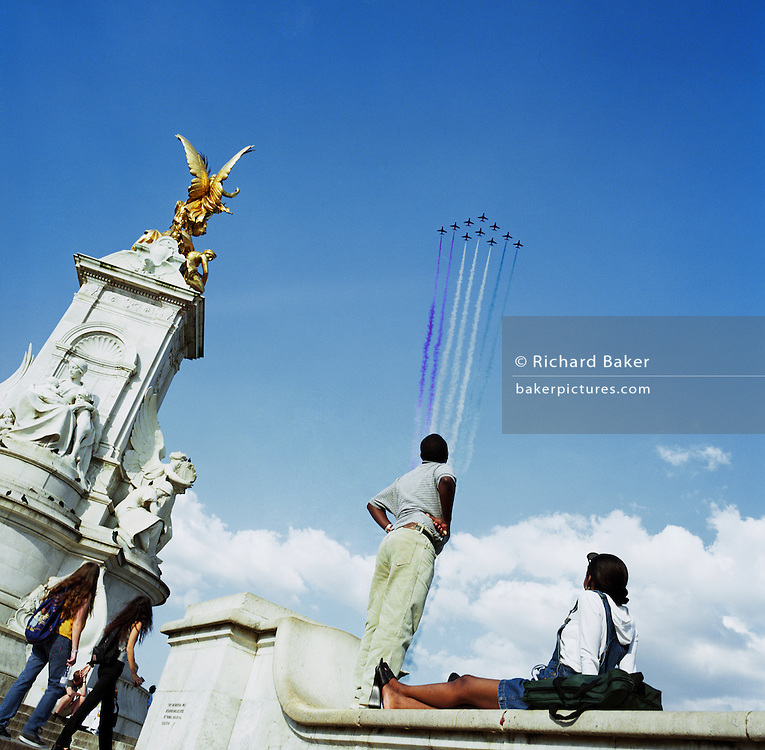