An early morning swimmer bathes in the unheated pool of the Grade II listed Brockwell (Brixton) Lido in Brockwell Park, Herne Hill, 25th August 1995, in London, England. The Lido is an oasis for city dwellers to escape, if only for an hour from the pressures of fast urban life. Brockwell Lido is a large, open air swimming pool in Brockwell Park, Herne Hill, London. It opened in July 1937, closed in 1990 but after a local campaign was re-opened in 1994. Brockwell Lido was designed by HA Rowbotham and TL Smithson of the London County Council's Parks Department to replace Brockwell Park bathing pond. (Photo by Richard Baker / In Pictures via Getty Images) 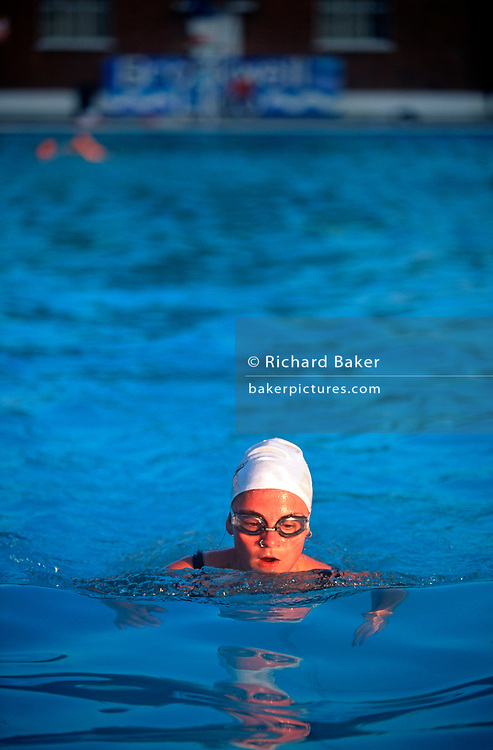