A year after the fall of the Berlin Wall and the end of the Communist Eastern Bloc, sunbathing Germans face away from the wind on the beach at the Baltic coast, a region of East Germany, 1st June 1990, Bezirk Rostock, eastern Germany (former DDR). The Bezirk Rostock, the northernmost part of the DDR, was on the coast of the Baltic Sea, in front of the Danish coasts. It bordered with the Bezirke of Schwerin and Neubrandenburg, with Poland and West Germany. 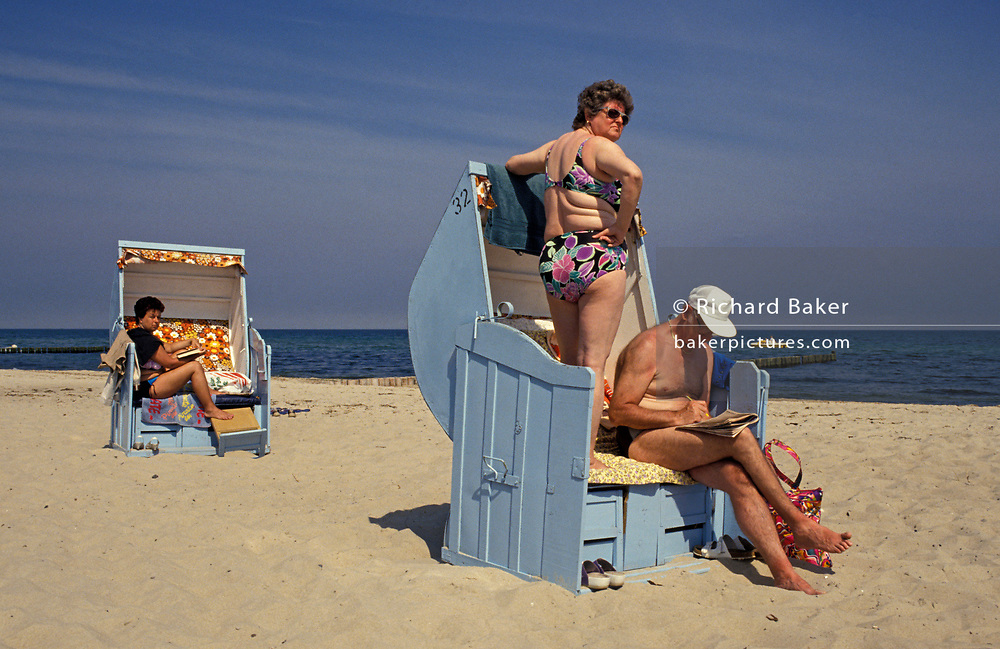