A young three year-old boy has his hair cut by his mother in the family South London home. Lifting his hair with her fingers, the mum snips with a pair of scissors. While lifting her left elbow to gain the right angle of her cutting, we see her holding a comb in her mouth. The boy's elder sister looks on offering unhelpful comments which will eventually lead to an exchange of unkind words between the siblings while their mother concentrates hard on not making a mess of the kid's haircut. From a personal documentary project entitled "Next of Kin" about the photographer's two children's early years spent in parallel universes. Model released. 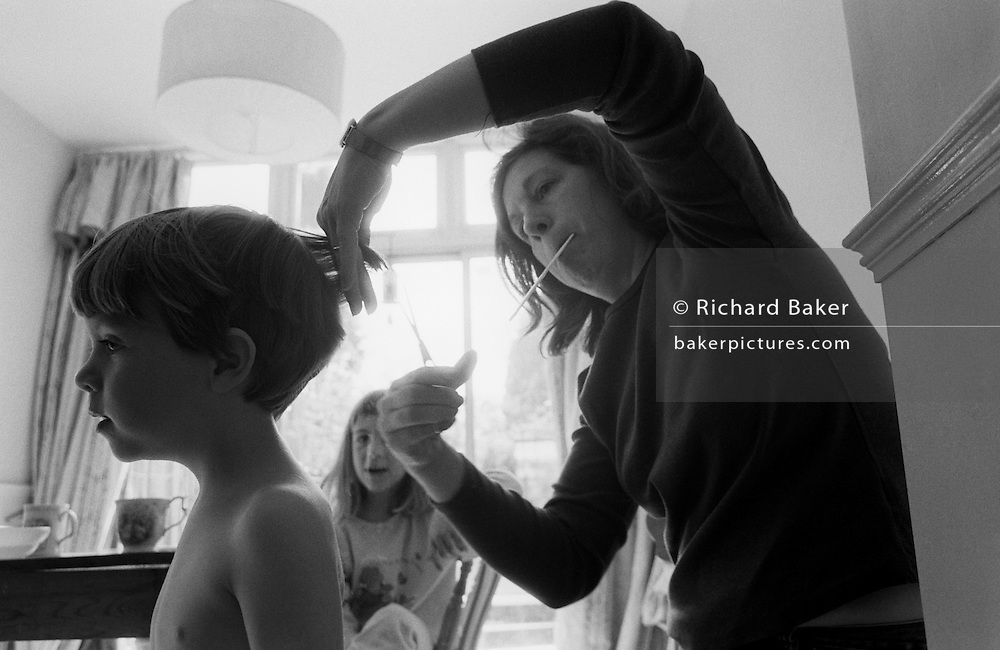