Herdsman manhandles sheep up for auction at the ancient annual Priddy Sheep Fair in Somerset, England. Surrounded by animals, a herdsman pulls sheep apart before the auctioneer arrives in this pen to start bidding in this picturesque village in the Mendip Hills. Unauthorised visitors are forbidden to enter the catle pens, avoiding the spread of epidemics like Foot and Mouth. According to tradition, Priddy Sheep Fair moved from Wells in 1348 because of the Black Death, although evidence has been found of a Fair being held at Priddy before that. There is a local legend, which says that as long as the hurdle stack shelter remains in the village, so will the Fair. 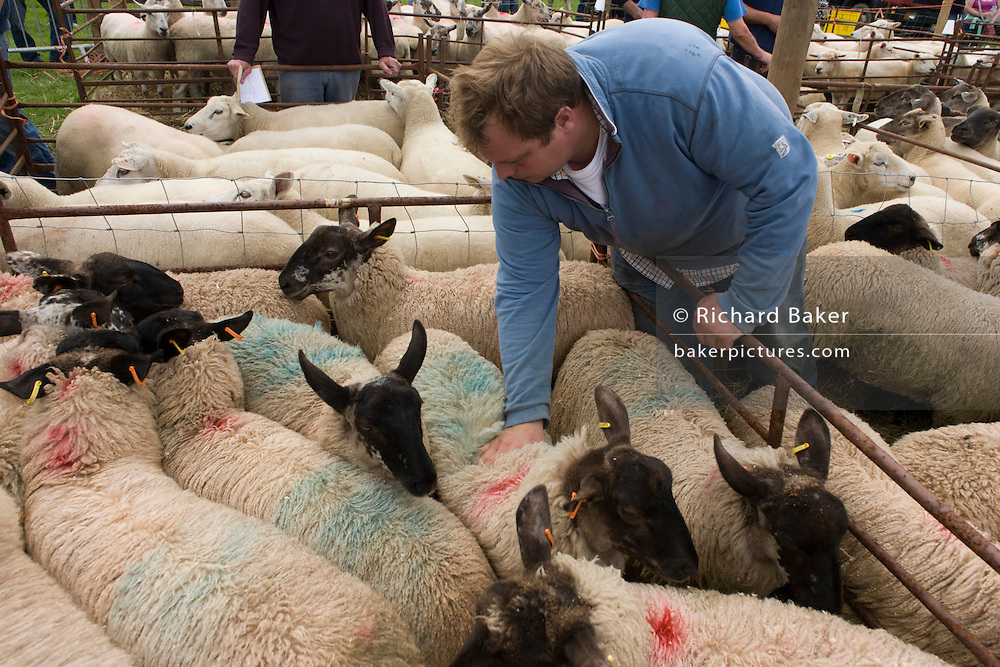