Exterior of the Magic Lantern cinema - formerly known as the Assembly Rooms (1893), on 12th September 2018, in Tywyn, Gwynedd, Wales. The Magic Lantern Cinema has shown films right at the start of Cinema in the UK, 9 years earlier than any other operating Cinema in the Britain. It was re-christened as "The Assembly Cinema" after World War 1 and subsequently as 'The Ritzy', 'Tywyn Cinema' and now, as a nod to it's historic past, 'The Magic Lantern'. 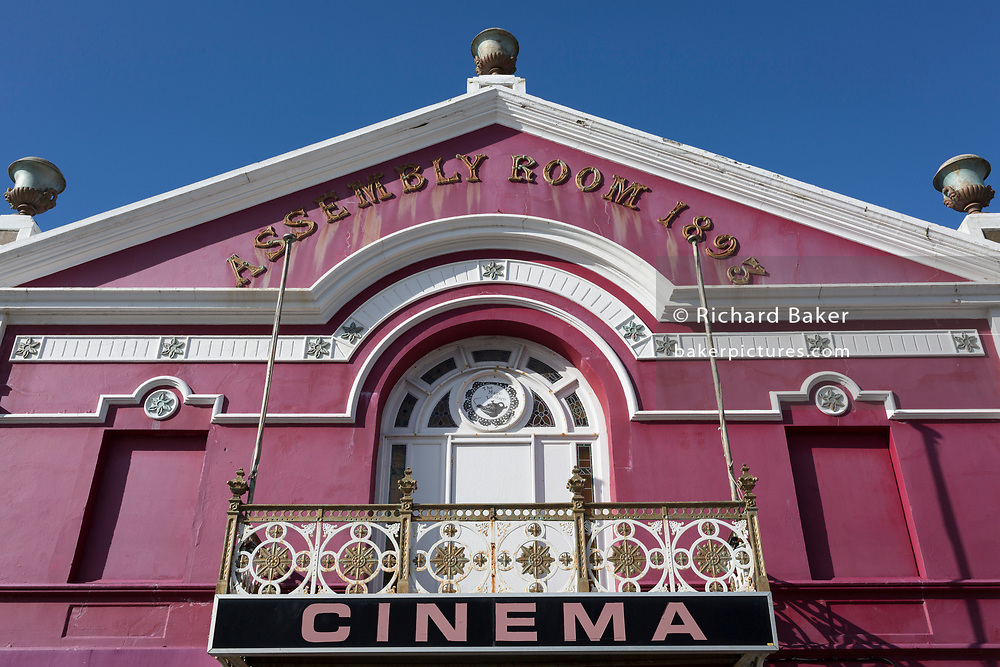