Watching Wimbledon In The City

City workers watch a womens' tennis match on a huge screen outside the City of London headquarters of insurance company Aviva during Wimbledon fortnight, on 4th July, London, United Kingdom. Businessmen sit in deck chairs eating their lunches while the tennis is broadcast for the general public seated beneath the struts and girders of large financial institutions on Fenchurch Street. (Photo by Richard Baker / In Pictures via Getty Images) 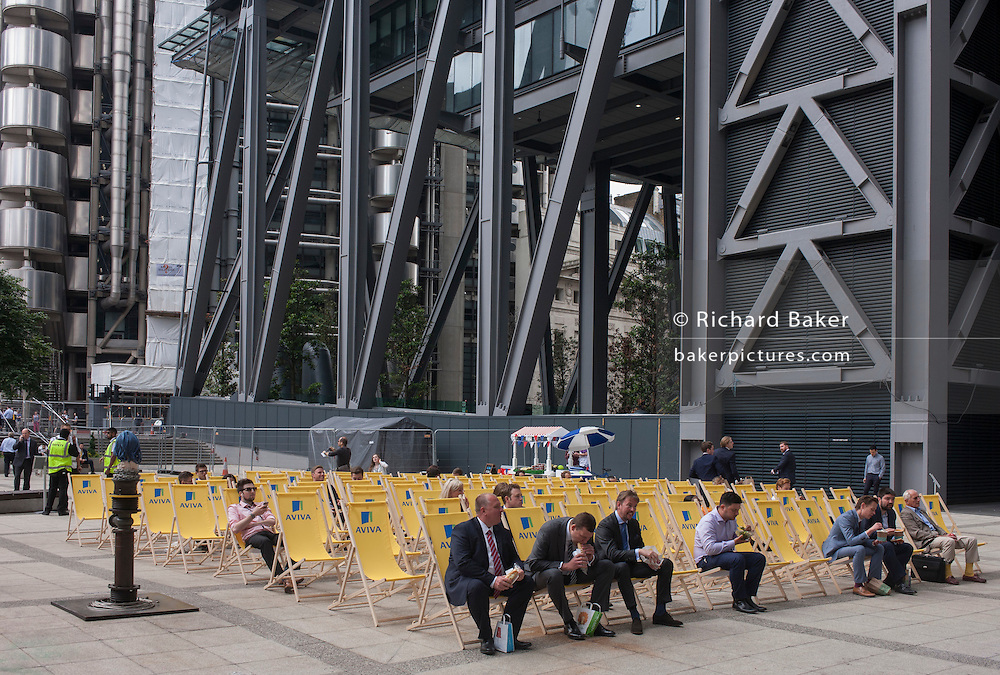