Two days after the London Bridge and Borough Market terrorist attack, Londoners from all faiths and religions attended a vigil outside City Hall, on Monday 5th June 2017, in the south London borough of Southwark, England. As gusts of wind blew umbrellas and polythene ponchos, a prominent armed police presence guarded dignitaries and the public who came to the Southbank to remember the seven killed and many others left with life-changing injuries. The British spirit of defiance and to carry on with every day life, endures. 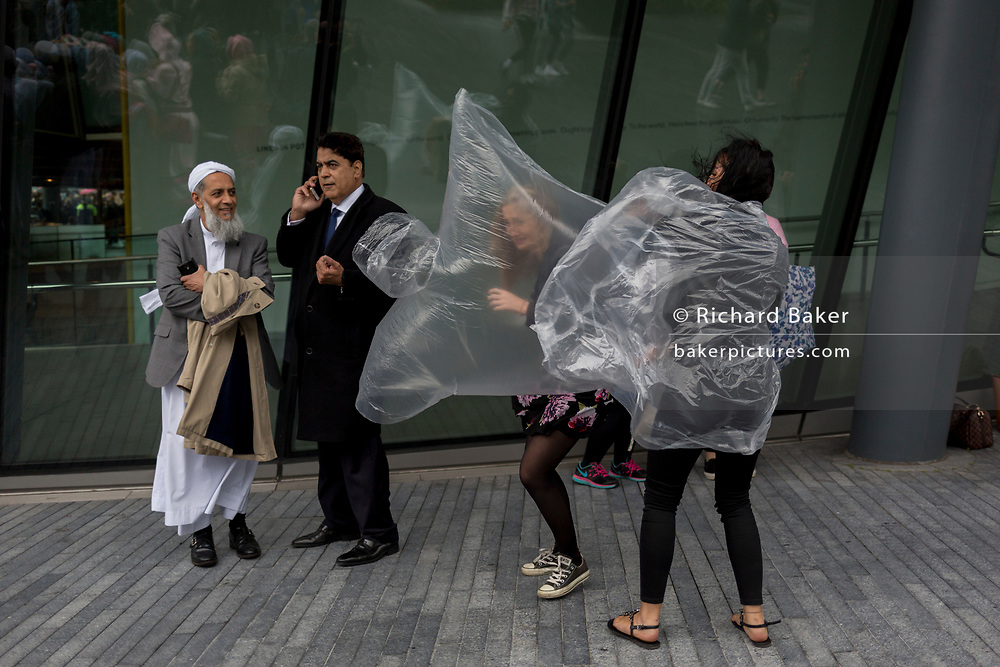