Guitarist Rick Parfitt of the British rock and roll band Status Quo bows his head while playing his electric instrument on stage at l'Aeronef in Lille, France during their 2007 European Tour. His shoulder-length blonde hair tumbles over his face as he bends forward towards the audience, exhausted nearing the end of the 90-minute show. Parfitt and Francis Rossi are the two original members of the band, having met as school boys in the early 60s. Their distinctive three-chord guitar riff has made them a household name with hits like: Rockin' All Over the World and Sweet Caroline; selling 118 million albums. Over their 40 years of performing, QUO have played over 6000 live shows to an audience of 25 million people and travelling four million miles and spent 23 years away from home. 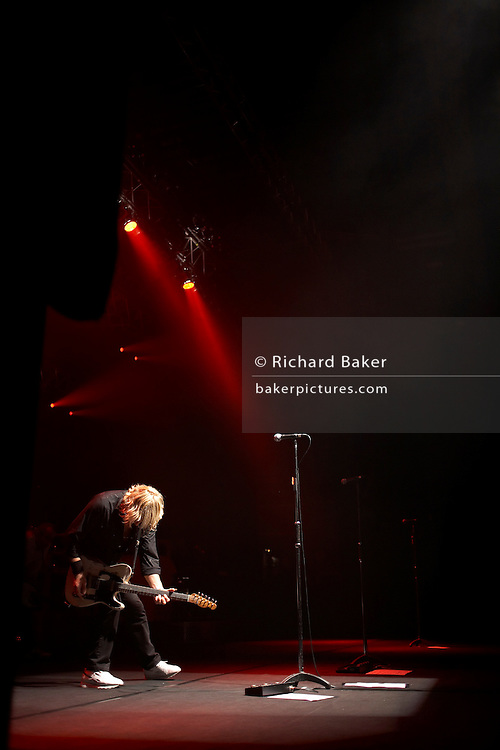