Two Brexiters in Parliament Square mind a large banner warning of eternal anarchy, a confrontation between the British parliament and the British people during a political climate of anger and mistrust of members of parliament and parliamentary democracy by those wanting Brexit, during Prime Minister Boris Johnson's Brexit deal negotiations with the EU in Brussels, on 23rd October 2019, in Westminster, London, England. 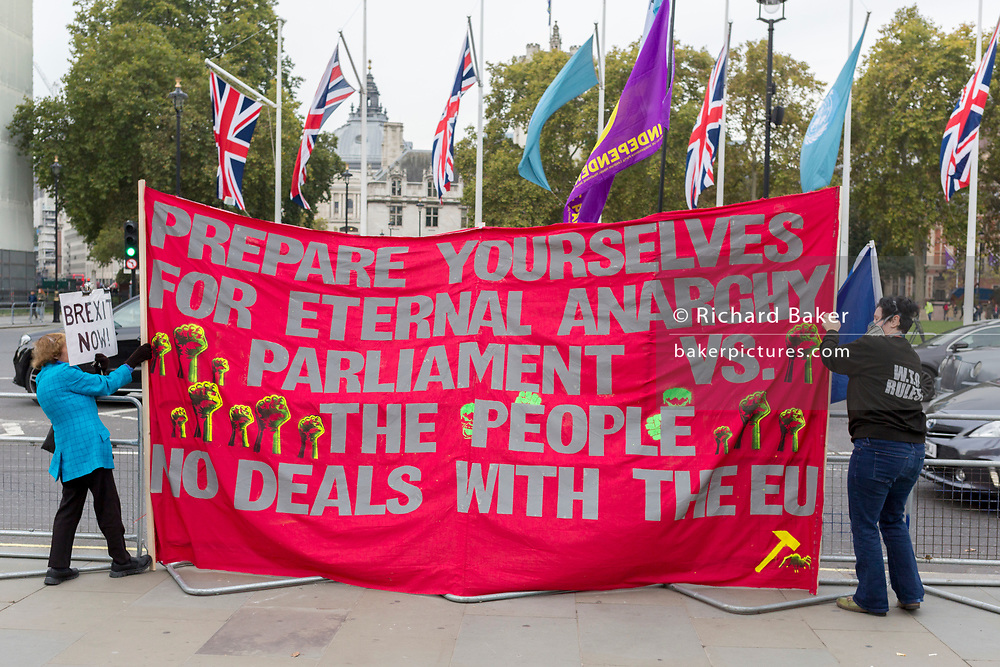