While campaigning during John Major's election campaign, ex-Prime Minister Margaret Thatcher visits a chemistry class at a north London school on 1st March 1992 in London, England. Originally a research chemist before becoming a barrister, Thatcher was elected Member of Parliament for Finchley in 1959. Her political career was over in 1990 after a leadership challenge and she died in 2013. 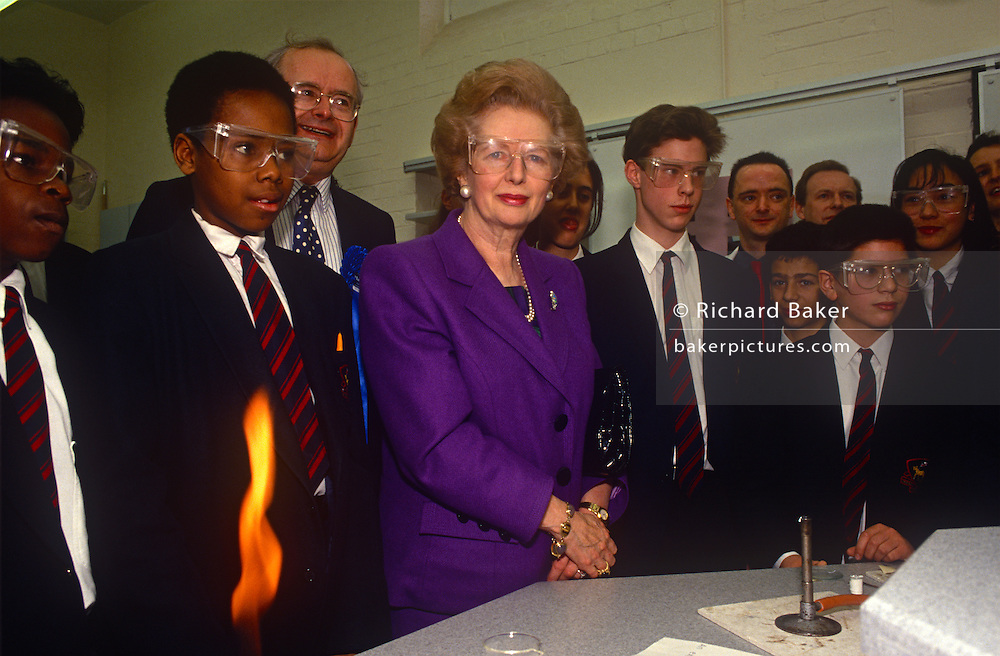