The architecture of Westminster Bridge and the modernity of Portcullis House, on 17th January 2017, in London England. The current bridge was designed by Thomas Page and opened in 1862. With a length of 820 feet (250 m) and a width of 85 feet (26 m), it is a seven-arch wrought iron bridge with Gothic detailing by Charles Barry (the architect of the Palace of Westminster). It is the oldest road bridge across the Thames in central London. Portcullis House (PCH) is an office building in Westminster commissioned in 1992 and opened in 2001 to provide offices for 213 members of parliament and their staff. 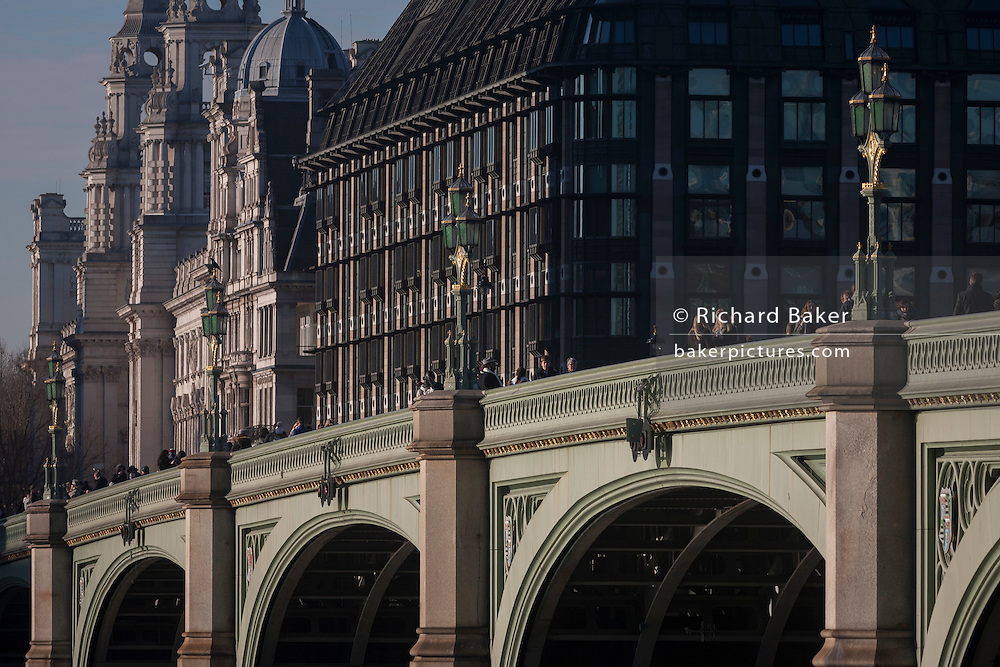