Londoners Outside the Bank Of England

Londoners walk, tie a loose lace and stand beneath the columns and pillars of the Bank of England on Threadneedle Street in the City of London - the capital's financial district, on 3rd September 2018, in London England. The Bank of England, is the central bank of the United Kingdom and the model on which most modern central banks have been based. Established in 1694, it is the second oldest central bank in the world. Sir Herbert Baker's rebuilding of the Bank, demolishing most of Sir John Soane's earlier building, was described by architectural historian Nikolaus Pevsner as "the greatest architectural crime, in the City of London, of the twentieth century". 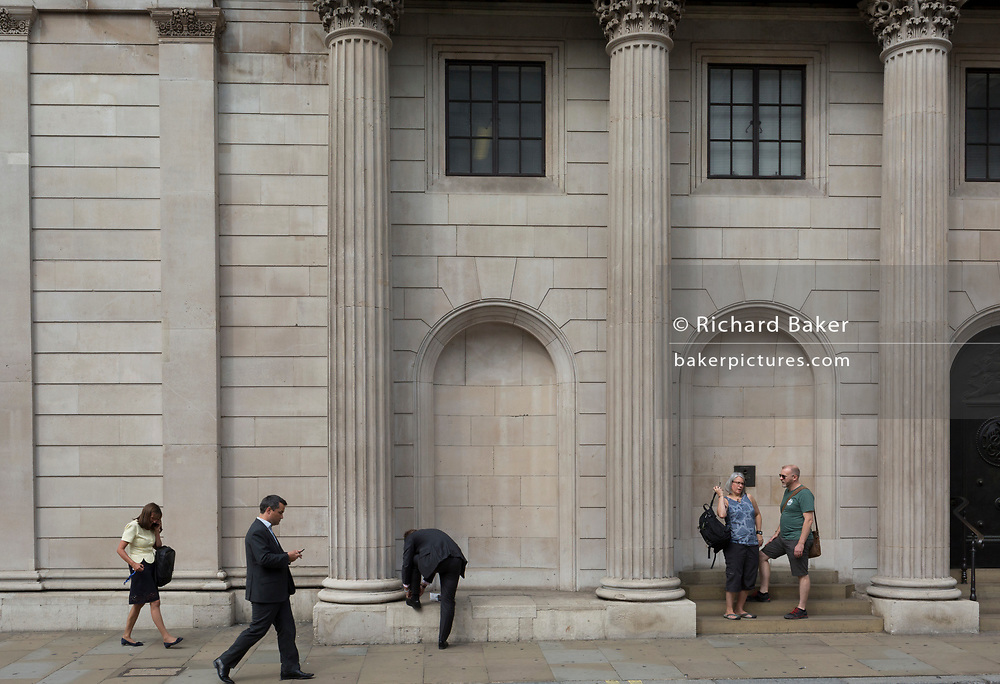