Part of Warkworth Castle, on 26th September 2017, in Warkworth, Northumberland, England. Although the settlement of Warkworth in Northumberland dates back to at least the 8th century, the first castle was not built until after the Norman Conquest. The town and its castle occupied a loop of the River Coquet. The castle was built at the south end of the town, guarding the narrow neck of the loop. A fortified bridge also defended the approach to the town 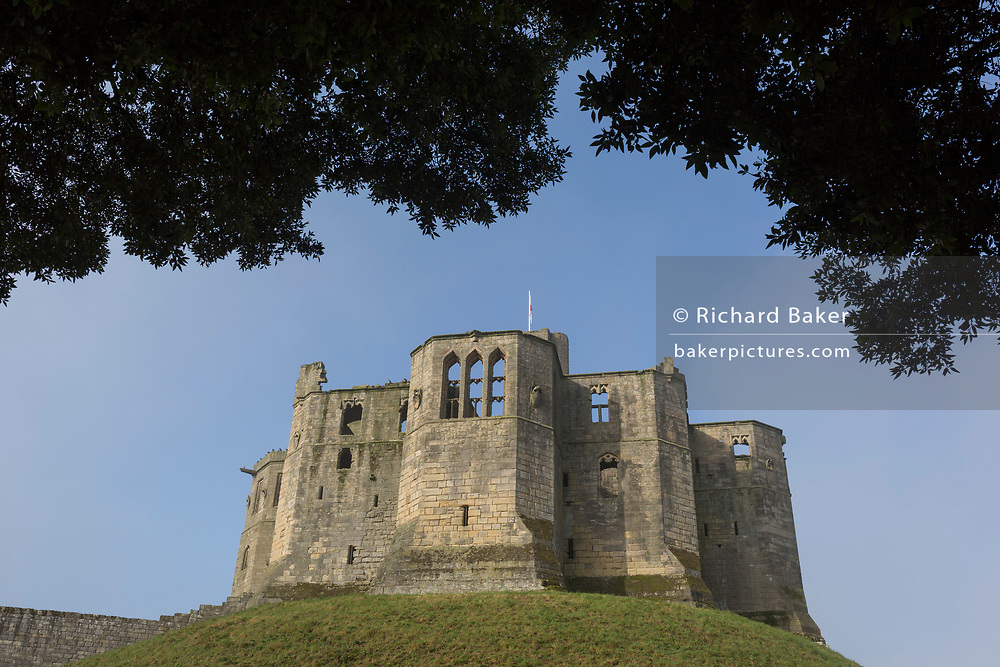