In a farmer's tool shed, a painted mural depicting B-24 Liberators sweeping over the cracked brick wall of what was once an officers? mess at the WW2 Wendling airfield, Norfolk England. Below this scene of heroic military might, young officers flying Liberators of the 392nd Bomb Group gathered before and after raids into Germany from November 1943 to July 1945. The runway is now partly covered by a turkey farm and this building is now full of car and tractor parts. Picture from the 'Plane Pictures' project, a celebration of aviation aesthetics and flying culture, 100 years after the Wright brothers first 12 seconds/120 feet powered flight at Kitty Hawk,1903. . 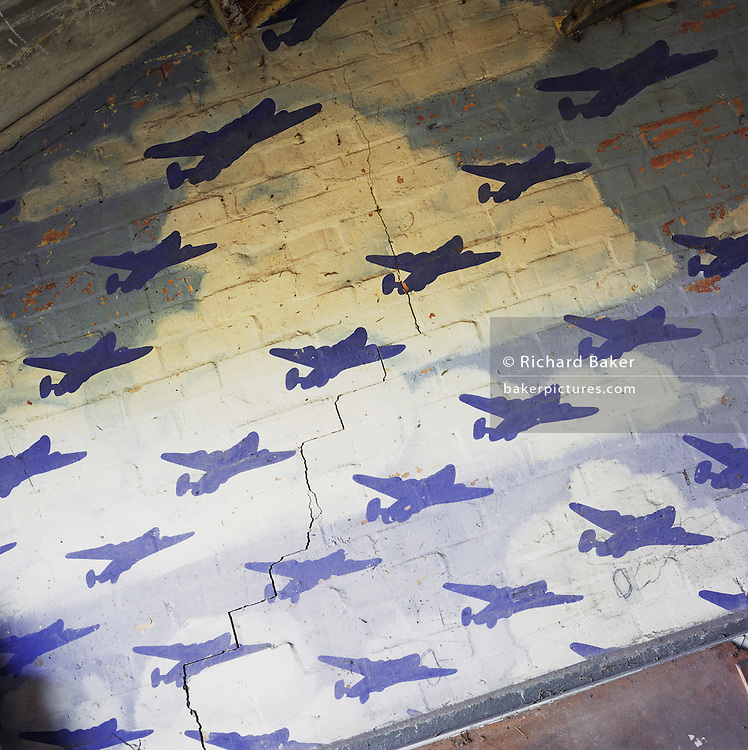