Students tussle with police during protest against government education cuts in Parliament Square. Holding a variety of placards that denounce the coalition government's policy of charging extra higher-education tuition fees, the atmosphere is excited and happy. But tens of thousands of students and school pupils walked out of class, marched, and occupied buildings around the country in the second day of mass action within a fortnight to protest at education cuts and higher tuition fees. There were isolated incidents of violence and skirmishes with police, mostly in central London among the 130,000 students. 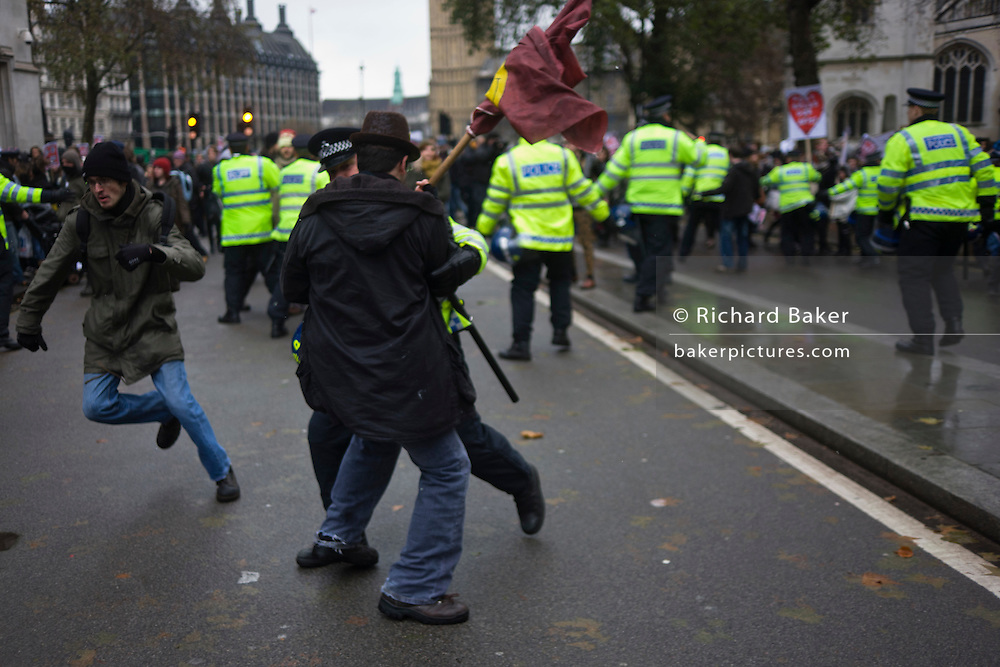