US politician Casper Winberger listens to speeches while a guest at the Conservative party conference on 12th October 1989 in Blackpool, England. Caspar Willard "Cap" Weinberger (b1917) was an American politician and businessman. As a prominent Republican, he served in a variety of prominent state and federal positions for three decades, including Chairman of the California Republican Party, 1962–68. Most notably he was Secretary of Defense under Republican President Ronald Reagan from 1981 to 1987. 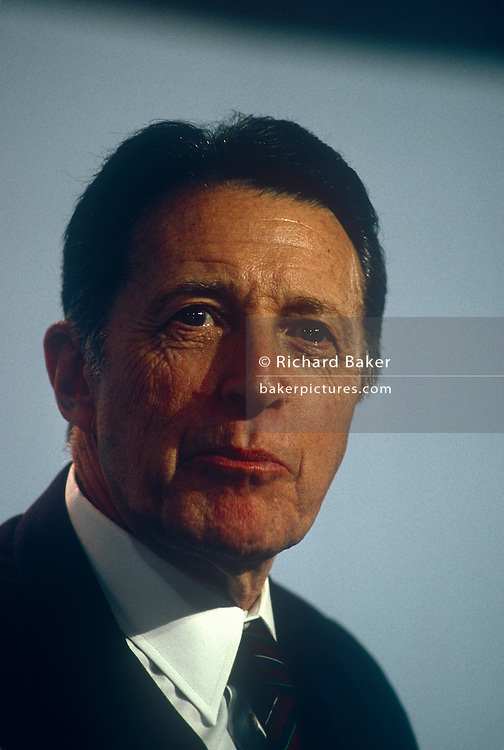