As an early sun rises, the twin stacks of Richborough cooling Towers make silhouettes against the golden morning light. Now decommissioned, these industrial giants of the landscape are sending clouds of steam vapour into the air, in the county of Kent. Nature can be seen competing with 20th Century technology as solar energy is seen against the war power being generated. From 1962-1971 Richborough burned coal from collieries. In 1971 the station was converted to burn oil. Too costly to run plant underwent trials on an experimental fuel called Orimulsion, a cheap heavy oil and water-based emulsion produced form natural bitumen from Venezuela. Initial results or trials suggested it would make a cheap clean fuel alternative to oil but high sulphur emissions from the plant caused nearby Acid Rain and after local protest, the site has since been derelict. 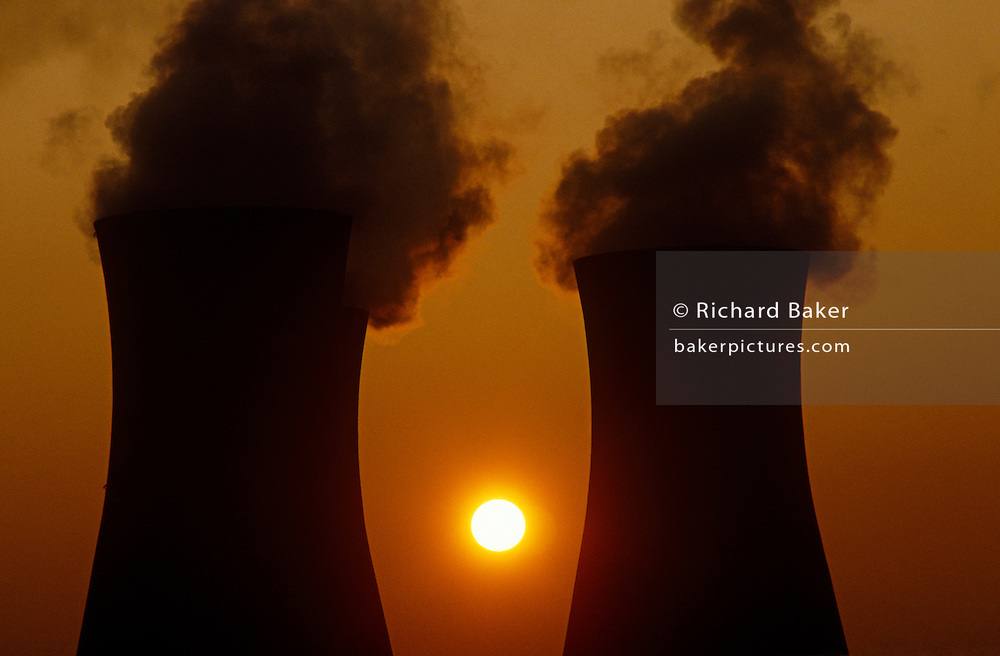