Aerial view of spectator crowds arriving across a newly-built walkway leading to the Olympic Park during the London 2012 Olympics, the 30th Olympiad. Approaching from the south, the sports fans approach the main Olympic Park, the location of eight venues including the main arena, Aquatics Centre and Velodrome plus the athletes' Olympic Village. After the Olympics, the park is to be known as Queen Elizabeth Olympic Park. . 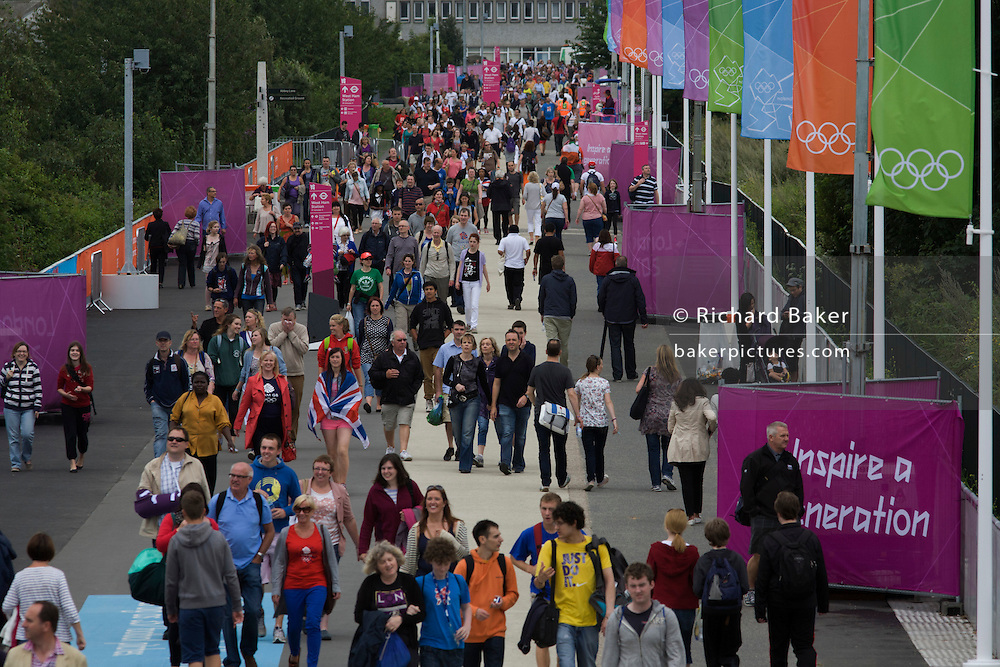