Hours before it was removed by its owner, the Canal and River Trust charity, the statue of slave merchant, Robert Milligan stands covered by Black Lives Matter activists outside the Museum of London's Docklands Museum on West India Quay, once the world's longest warehouse paid for by slavery profits, on 9th June 2020, in London, England. In the aftermath of the George Floyd protests in the US and UK Black Lives Matter groups, who are calling for the removal of statues and street names with links to the slave trade, Milligan's and other statues of British slavery profiteers, have become a focus of protest. 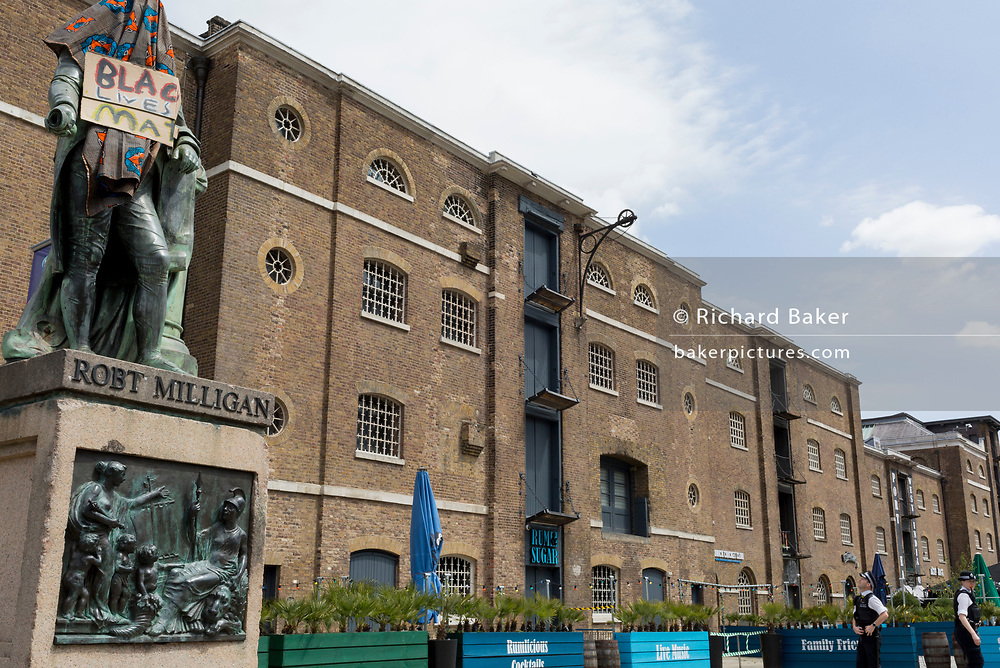