Two of the ten gondolas that cross the River Thames of the (Emirates) Thames Cable Car, each with a maximum capacity of 10 passengers. The Emirates Air Line (also known as the Thames cable car) is a cable car link across the River Thames in London built with sponsorship from the airline Emirates. The service opened on 28 June 2012 and is operated by Transport for London. The service, announced in July 2010 and estimated to cost £60 million, comprises a 1-kilometre (0.62 mi) gondola line that crosses the Thames from the Greenwich Peninsula to the Royal Docks. A gondola lift, also called a cable car, is a type of aerial lift which is supported and propelled by cables from above. It consists of a loop of steel cable that is strung between two stations, sometimes over intermediate supporting towers. . 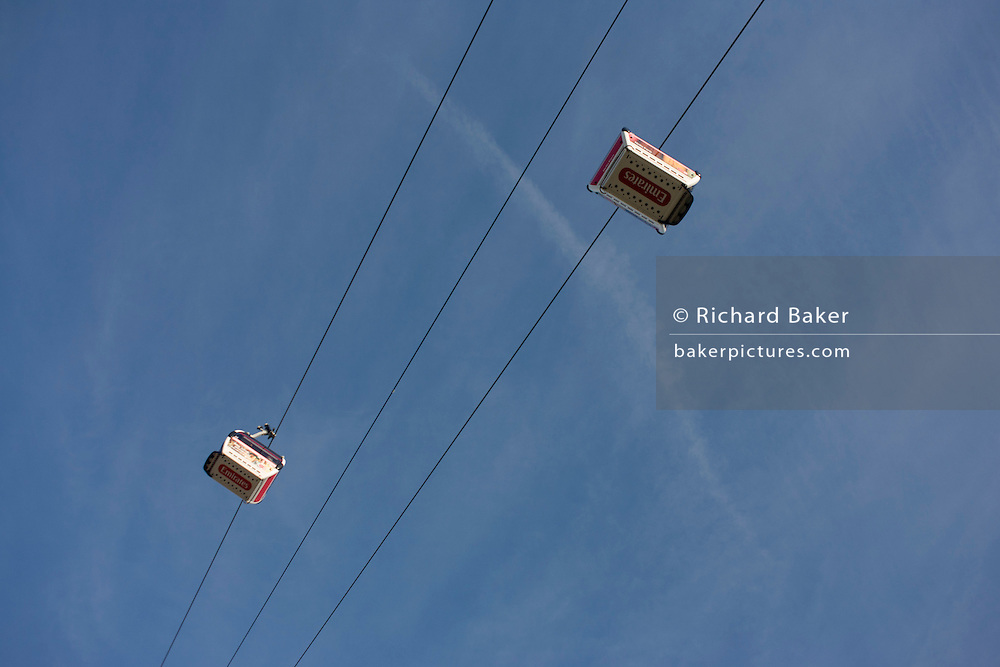