On the 100th anniversary of the Wright Brothers' first flight at Kitty Hawk in 1903, the elite 'Red Arrows', Britain's Royal Air Force aerobatic team, fly over the RAF Museum in Hendon, North London as part of the celebrations to honour this momentous date in aviations history. Coming from behind RAF personnel who are lined up to meet Prince Phillip, the Duke of Edinburgh, the ten Hawk jet aircraft make a perfect Diamond as they trail red, white and blue smoke across the blue skies above London. Since 1965 the team have flown over 4,000 such shows in 52 countries. 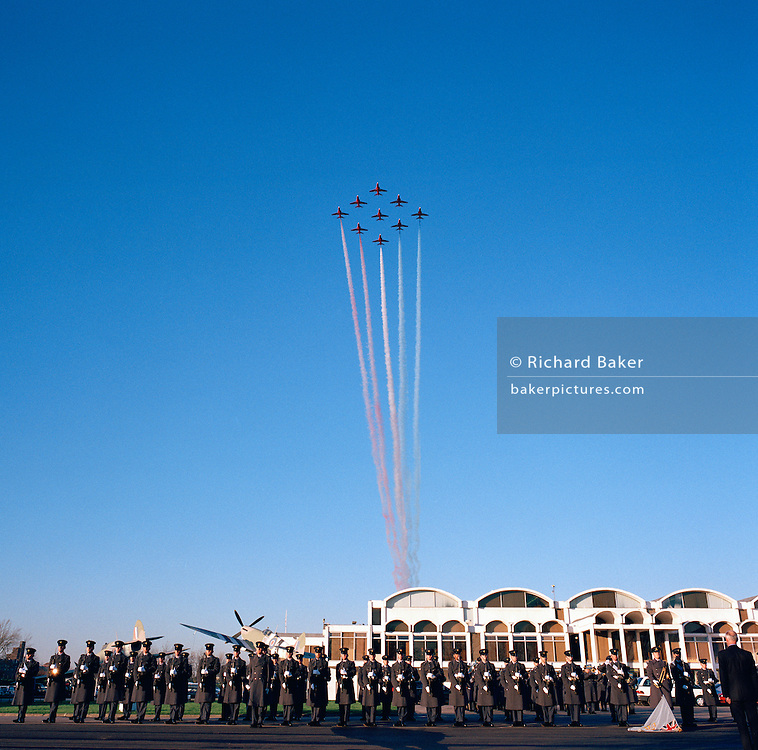